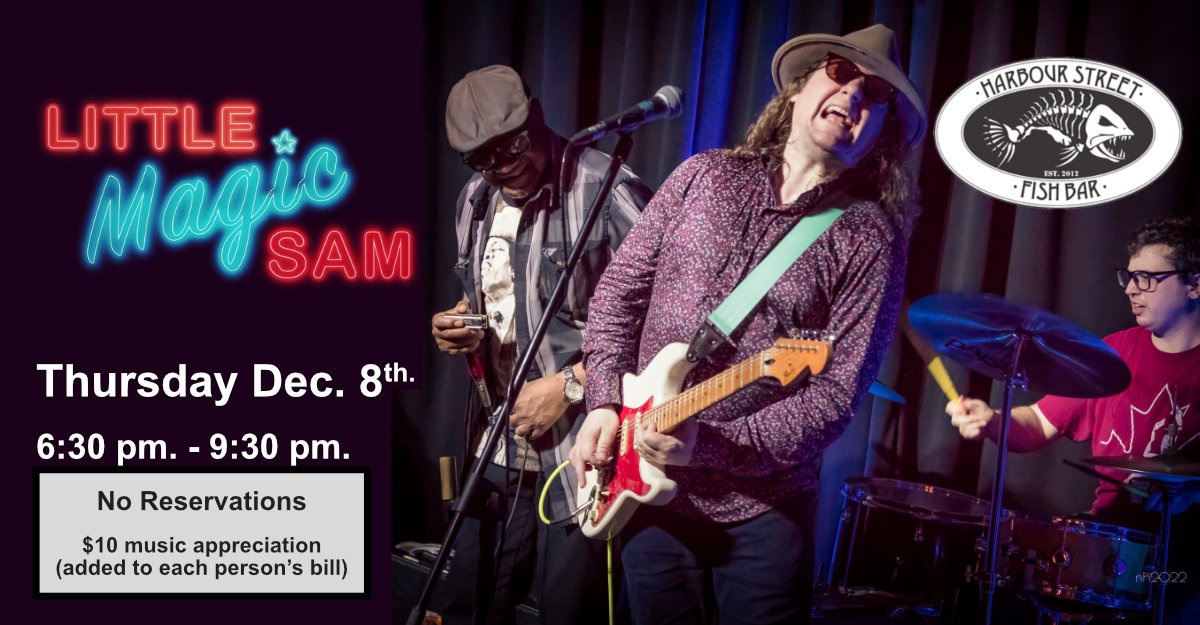 Fusing blues, soul, and pop, Little Magic Sam brings a unique and diverse sound to the scene. A talented lyricist, his songs reveal emotional complexity not expected from a man of his generation. His stage presence captivates audiences young and old, as he pours his heart and soul into each note on his guitar.

When the world gets down on Little Magic Sam, he gets down on a Les Paul. Hailing from St.Thomas, ON, Sam Taylor is a born entertainer with a penchant for raw blues music, and lyrics that bely someone much older than his 27 years. With an enormous stage presence, it comes as no surprise that this multi-talented singer/songwriter has been performing internationally since the age of 7.

After graduating from Fanshawe College with a diploma in Music Industry Arts, Sam headed into EMAC Studios with producer Moe Berg (of Pursuit of Happiness) on two original songs; Thought of Leaving and Loaded Gun, both of which received airplay across Southern Ontario. Loaded Gun has also been featured in the tv shows Haven, Cracked, and Degrassi. Sam’s versatile and honest songwriting gives his music the emotional edge that sets him apart as a talented up and comer. His songwriting can be heard on his collaborations with other Canadian recording artists, the most notable being Chad Price. He has also shared the stage with Chuck Leavell (Rolling Stones), Gordon Lightfoot, and Whitehorse.

Little Magic Sam was thrilled to get the opportunity to record what would become his debut E.P. at the legendary Sun Studio in Memphis, TN. Look for Little Magic Sam’s new E.P. on all major music platforms, CD and limited edition vinyl as of February 21st, 2019.

“Sam is a unique artist who digs deep into the Blues and into the listener’s emotions. i can’t say enough about my admiration for his music” – Robbie Lane , Zoomer Radio