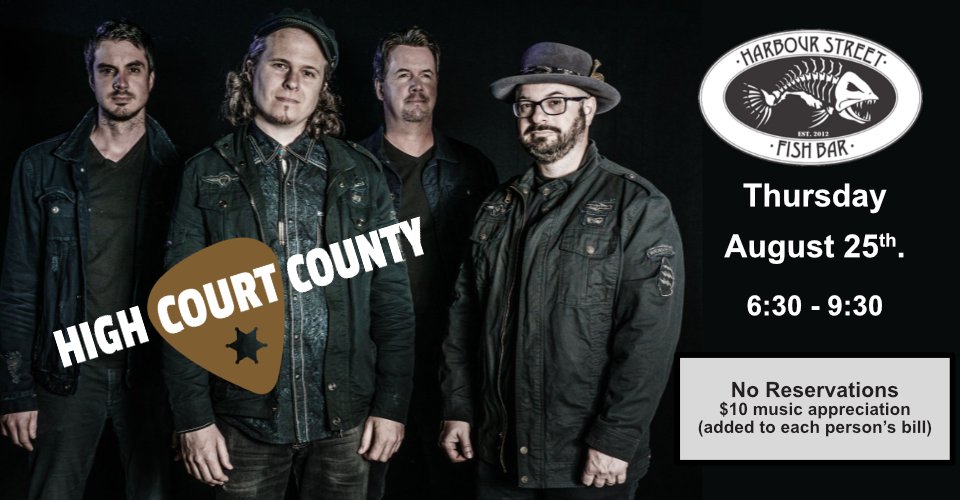 The last couple of years have been busy for the Country Roots Rock Band High Court County.  Since forming, they released their debut self titled EP in early 2017 followed by “Here We Go Again” which featured the song Bonfire Friday Night that charted #1 on Indie Country Radio during he summer of 2018.   This summer the band will be releasing their new song “Make It Sing”.

In addition to their originals,  High Court County frequently covers Authentic and New Country hits along with favorite Roots Rock timeless classics.  Famed Canadian group The Band continues to have a major influence on HCC’s sound and writing.

Each of the four members channels a vast musical background ranging from traditional county, to blues, folk and even hard rock.    Together they have created a unique blend of original music that bridges the gap between the mainstream and the alternative world.    Their music has created a buzz throughout the Southern Ontario Festival and Club scene. The band has been busy writing and recording and are keen to share their music coast to coast.

About the Author: Art Southin