At Harbour Street Fish Bar, we pride ourselves on serving the freshest and finest quality fish, steak, seafood and pasta.

Hailing from Roswell, New Mexico guitarist John McKinley has made a great impact in his adopted homeland of Canada with his critically acclaimed debut album Window On The World. Featuring McKinley’s exceptional song writing and guitar playing, combined with the deep soul of McKinley’s Mexican roots, Window On The World is a musical palette that serves up guitar-driven blues-rock paired with classic sing-a-long melodies

“Take the music of Freddie King, Johnny Winter and ZZ Top, put all that Texas blues into a Frank Zappa blender but sprinkle in some Tex-Mex powder to the frothy liquid substance and then drink it on down… Dude writes songs aimed like a sucker-punch to the solar plexus and just when you catch your breath, boom, you’re hit with a right cross to the chin.” – Goldmine Magazine

Indie-rock band Buzz Kings has an eclectic sound. They fuse classic and modern rock with soaring harmonies to create catchy songs. Their energetic stage presence appeals to all ages.

When The Mugs hit the stage, you’ll know that classic rock is alive and well with tunes guaranteed to get the crowd on their feet and yelling for more! If top 40 rock with great harmonies from the 60’s to the 90’s is your thing, look no further than The Mugs for a night you won’t soon forget! Come dance to tunes by The Tragically Hip, Dire Straits, Beatles, CCR, Wallflowers, Monkees, Rolling Stones, Men at Work, Lynyrd Skynyrd, Tom Petty, Neil Young and many more!

The last couple of years have been busy for the Country Roots Rock Band High Court County.  Since forming, they released their debut self titled EP in early 2017 followed by “Here We Go Again” which featured the song Bonfire Friday Night that charted #1 on Indie Country Radio during he summer of 2018.   This summer the band will be releasing their new song “Make It Sing”.

In addition to their originals,  High Court County frequently covers Authentic and New Country hits along with favorite Roots Rock timeless classics.  Famed Canadian group The Band continues to have a major influence on HCC’s sound and writing.

Each of the four members channels a vast musical background ranging from traditional county, to blues, folk and even hard rock.    Together they have created a unique blend of original music that bridges the gap between the mainstream and the alternative world.    Their music has created a buzz throughout the Southern Ontario Festival and Club scene. The band has been busy writing and recording and are keen to share their music coast to coast.

Named after the childhood home of front man Fred Dawson, Grey Road 1 has been bringing their brand of Classic Rock, Funk and Blues to Concert Halls, Pubs and Theatres for nearly a decade. 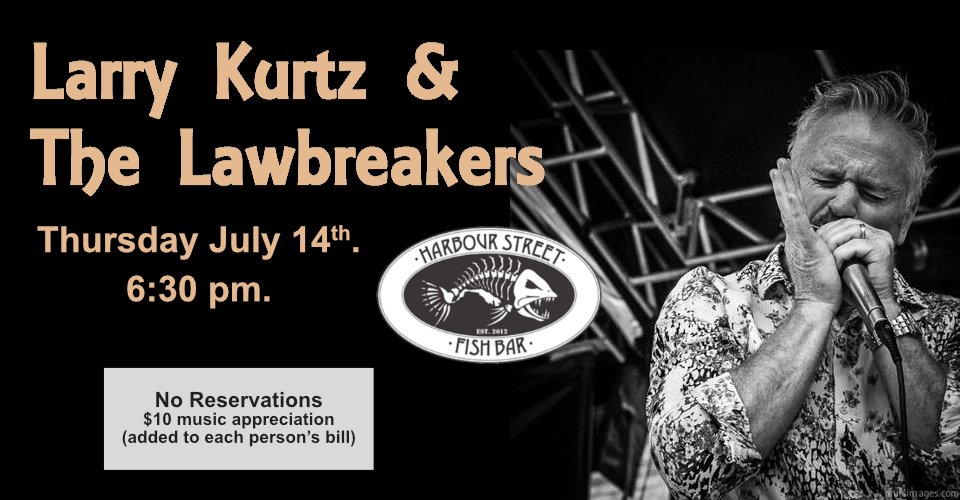 Maple Blues award winning harmonica player singer/songwriter Larry Kurtz has entertained audiences at hundreds of shows in clubs, festivals, and events over the last 25 years. He has shared the stage with some of the greats in the blues. He is also the Founder & Artistic Director of the Orangeville Blues & Jazz Festival.

Larry Kurtz grew up singing in the church. He started playing harmonica at the age of 15 after hearing Little Walter on the radio. He is a solo artist with his band the Lawbreakers and co-front man in the award winning band Trouble & Strife. They were voted Favourite Blues Band in the Canadian Independent Music Awards and nominated New Artist of the Year at the Maple Blues Awards. Larry is the founder & Artistic Director of The Orangeville Blues Festival. In 2016 he was named Blues Booster of the Year at the Maple Blues Awards in Toronto.

JOSHUA ARDEN MILLER – Winner of the 2021 Summer Solstice Indigenous Music Award for Live Performance Of The Year, is a long time member of the 6-time CAMA Award winning & JUNO nominated PAPPY JOHNS BAND. He’s performed his brand of Rockin’ Blues Soul everywhere from the gritty honkytonks of the American south to large major music festivals everywhere.
Always a treat to hear this dynamic and soulful performer on any stage, with any band and regarded by his peers as ‘The Real Deal’ and ‘the Last of the Old School’…the late great Jimmy Rogers called him “The Soul King”… Josh provides an electrifying mix of Blues, Rock & Soul that solidifies his reputation as a Bad-ass Blues Man.

The Pappy Johns Blues Band are excellent LIVE entertainers. Performing complex musical arrangements that can strike an emotional response from their audience. These experienced musicians have a captivating stage presence.
Don Powless on bass guitar and Oren Doxtator on the drums are brother in-laws that supply the Pappy Johns Blues Band with a tight soulful rhythm section accredited for working together over 30 years. Their thick backbone serves as the canvas and back drop for pianist, organist, vocalist virtuoso John Lee and frontman lead guitar/Vocals Josh Miller. The rocking soulful blues style is energizing and at times hints at the sweetness of jazz composition, stretching genre boundaries while keeping it tightly woven, creating a delicious jolt of electric blues compote.

Solidarity is an original song written recorded and performed by Six Nations Bluesman Joshua Arden Miller in 2021 at Humble Man Recording. The music video was filmed on Six Nations by Shane Powless of Thru the Red Door and features Blaine Bomberry on guitar, Oren Doxtater on drums, and Al Duffy on bass. Solidarity was written as inspiration for the people and hope for togetherness in our very troubling times.

Playing your favourite classic rock, blues and 90’s — with their own extended view point! Look out for face melting guitar, dope looping bass lines, sweet harmonies, and yes… drum solos.
Everything from Green Day to Santana, from The Doors to Big Sugar!

Owen Sound’s Rob Elder caught the music bug as a kid on the family farm where classic country & western songs, the Beach Boys, and Bob Seeger were the sound track to barn chores. Back then, picking up a guitar was an easy way to wind down at the end of a long day. Turned to music, his farm boy’s work ethic led to quick growth and an early creative blossoming, his festival debut at the age of 20, and the release of two self produced albums shortly afterwards.

Eventually, Rob moved to Toronto where he gigged every weekend and hosted an open mic for two and a half years. All that playing and networking exposed him to a world of musicians and sounds well beyond his parents record collection. Those influences fused into a style that playfully mixes blue-eyed soul, slick guitar, and crooning country rhythms and serves them with a voice that surfs from solid depths to groovy falsetto highs.

By his mid-twenties, Rob was chasing the Canadian dream. He got married, had two kids, and was advancing in a straight-laced career while gigging tirelessly in Toronto. There wasn’t much time for recording back then and  Rob and his wife knew that they didn’t want to raise children in the city.  So in 2012 they moved back to Grey County where a vibrant musical community welcomed them wholeheartedly. Rob put together a band, started mentoring younger musicians through the Georgian Bay Folk Society, and – as  always – filled every available moment with music. Now with the release of ‘Changer‘ 12 years after his sophomore record, Rob self-identifies as a re-emerging artist. But make no mistake, his musical growth has never faltered and his roots have only dug deeper in the intervening years.

2018’s ‘Changer’ shows off how much Rob has grown and what he’s learned along the way. Where his first two albums ploughed popular themes of young love and heartbreak, Changer explores more mature themes of social unrest and inequality, solidarity, and the deep love that carries a relationship decades on.  Don’t think that serious themes make the music less fun, though. With thoughtful lyrics and catchy melodies, Changer proves that Rob Elder still knows how to get audiences dancing.

Singer and guitarist Kathleen (Kat) Lovett and her band Kat House bring you an upbeat mix of R&B, Soul, Rock n’ Roll and more.  Kat’s gutsy and soulful presence is sure to please.​

And then this happened at the Harbour Street Fish Bar…